In our latest spotlight we’re focusing on a new addition to Music BC’s European festival roster – Tallinn Music Week! Earlier this year, Music BC partnered with Breakout West to send Vancouver indie rockers Bad Pop to Estonia to showcase at Tallinn Music Week, along with a few other select bands from Canada.

The 2017 event took place from March 27th to April 2nd, and is one of Europe’s fastest growing city festivals and a major meeting point for Eastern, Western and Central European creative communities. Since 2009, it has been held each spring in Tallinn, Estonia, and is a weeklong celebration of talent, curiosity, creativity, freedom and equality.

“This was my first time attending Tallinn Music Week and it was one of the most well run festivals, I’ve ever been to,” said Grigg. “The level of talent at the festival was impressive, and I was equally impressed by the amount of prestige global industry delegates.” 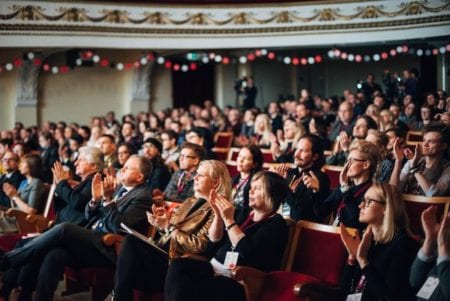 The Tallinn Music Week industry conference brings together around 1000 music industry players from around the world, which provided Music BC and Bad Pop with plenty of networking opportunities.

“Tallinn Music Week was an incredible experience,” says Bad Pop Drummer Aaron Klassen. “What broke musician ever thinks they’ll get to go check out places like Estonia ever in their life? Seriously.”

“And industry networking in Tallinn was also more fun than normal,” Klassen continues. “We met national radio DJs, festival buyers, and most importantly our very own Music BC friends and family. There’s nothing quite like sending a bunch of sleepy eyed west coast Canadians to eastern Europe on no sleep, a language barrier and a fear that can be smelled from 2 towns over to really get to know the familiar faces that you’ve barely met over emails for the last 6 months or so. We made some great connections in Tallinn.” 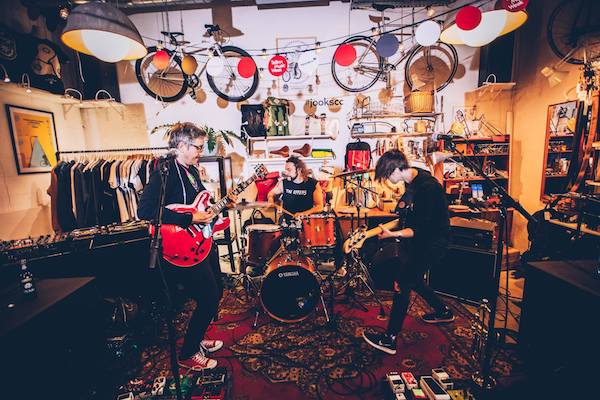 Music BC would like to thank the Government of Canada, FACTOR and Creative BC and the Province of British Columbia for their continued support for BC artists and professionals.