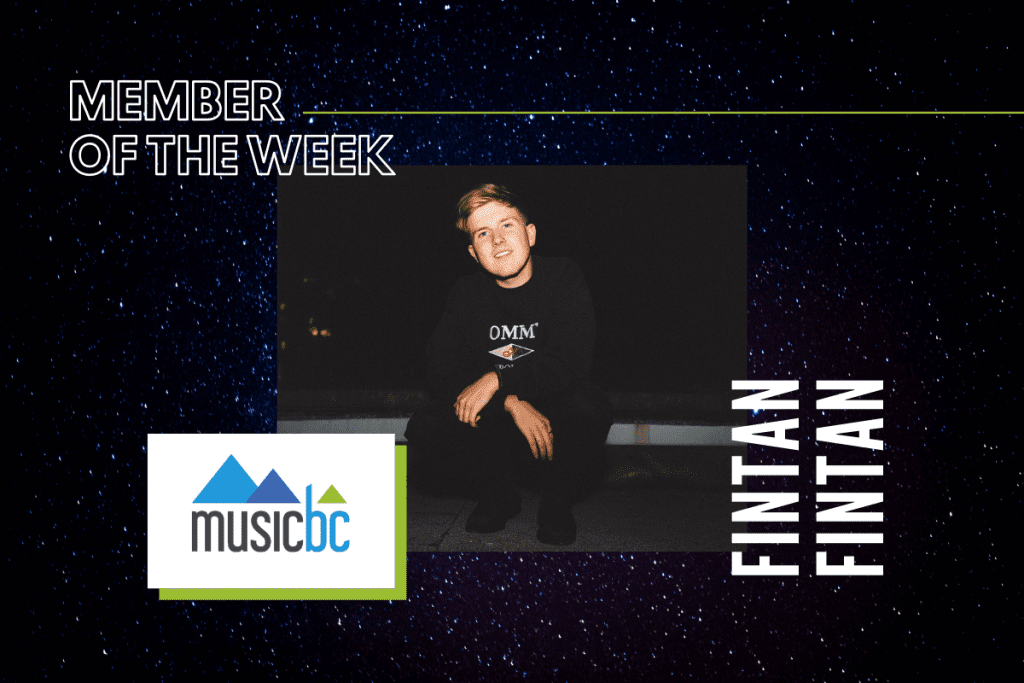 Each song Fintan writes is one step closer in the journey of figuring himself out and the culmination of years of writing, busking, and recording.

Fintan’s songs tell the story of falling into love, growing apart, and ultimately starting the cycle all over again. The first EP, Then We Fall, was recorded with the amazing producer Hugh Mackie inside of a box truck that was converted into a recording studio (which is exactly as cool as it sounds). Hugh and Fintan spent countless hours in the truck discovering how these songs were meant to sound within his new musical landscape.

Recently Fintan has accumulated 9M streams across the catalogue to date, and support from major Spotify playlists including Chill Hits, Chill Vibes, Happy Drive, and R&B Favourites. Highest streaming song Way Up is approaching 5.5M streams on Spotify, was chosen for Allan Slaight JUNO Masterclass program in Canada in 2019, won the YAMAHA JUNO songwriting competition in Canada, and his past single “Way Up” was featured in the new movie “After We Collided”.

Now, the songs are recorded between Victoria, Toronto, Nova Scotia, Germany, Ireland, or wherever Fintan manages to pull his phone out and record a voice memo or two.

Celebrating 30 Years – A Message from Our Board of Directors

Call for Applications – 33.3 BC Vinyl Compilation

We are thrilled to reopen the applications for the Let's Hear It! Live Showcase Series now being [...]

Make sure this account has posts available on instagram.com.

Our members are involved in all areas of the music industry. Whether you are artists, bands, individual musicians, agents, producers and engineers, join Music BC to enjoy membership benefits such as:

Become a Music BC Member
Learn more about Member Benefits

View All our Partners
Go to Top