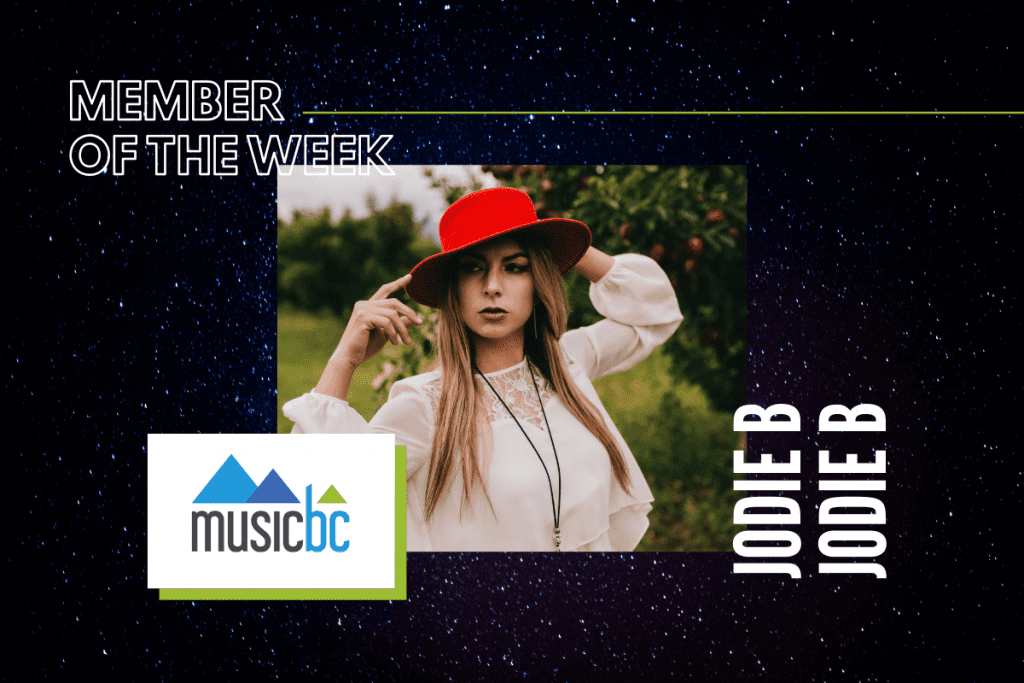 Specializing in live looping, Jodie B produces and captures the sounds of hip-hop, indie and electronic dance music through a purple bass, a Fender Tele., and a 6 key harmonica belt, often performing alongside her sister Nique Blue, who plays mandolin, saxophone, guitar, and sings.

Jodie B will be performing tonight as part of our Let’s Hear It! Live From The Okanagan Showcase – make sure to tune in.

In October 2020, Jodie B released her first, self-produced album “equanimous”.

An 8 track personal perspective on life, emotions, and lessons. Many of the songs on this album feature performances from her family, Nique Blue (her sister), and Makemdef (her partner). The three of them have also started a new project under the moniker, Mantesah.

From 2018 – 2020 Jodie B has opened for artists such as Kytami, DubFx, The Pharcyde, and Methodman & Redman. Jodie has some exciting collaborations on the go that will be announced in the new year.

With the BC election fast approaching, Music BC has put together a quick election toolkit to inform [...]

Let’s Hear It! Live from the Okanagan

Music BC is thrilled to be partnering with Hubbub Live to present our first Let's Hear It! [...]

Enter to Win Passes to VIFF AMP This Weekend

Want to win a pair of passes to VIFF AMP Music In Film Summit? Exclusive to members, [...]

Tonight is the night! Our premiere broadcast of th

Swipe ➡️ to see the epic stage setup for tomor